Nezaket Ekici stands with a pedestal on the water. She has a long red costume. Into the costume, 5 water tubes are installed. The costume and the tubes reach the shore. She takes water with a bucket from the sea and cleans the water with a filter to make it drinkable. The water runs through the tubes and arrives at the shore into glasses. Helpers take the water and invite the public to drink.

The idea for this performance derives from a simple differentiation between things, that are existential for our life like water and those things, that are in a way in our possession by means of contingency: can have, must not have. First of all, it is a mindset topic: Nezaket Ekici wants to make people understand, what is at stake for mankind.

But the Performance “Water to Water” (presented the first time at the lake in front of the Haus am Waldsee, Berlin 2015) also considers taking Water as something existential. As water is a limited resource with the biggest potential to become the centre topic for struggles in a future worldwide, we have to find ways to bring it into possession to sustain our lives. 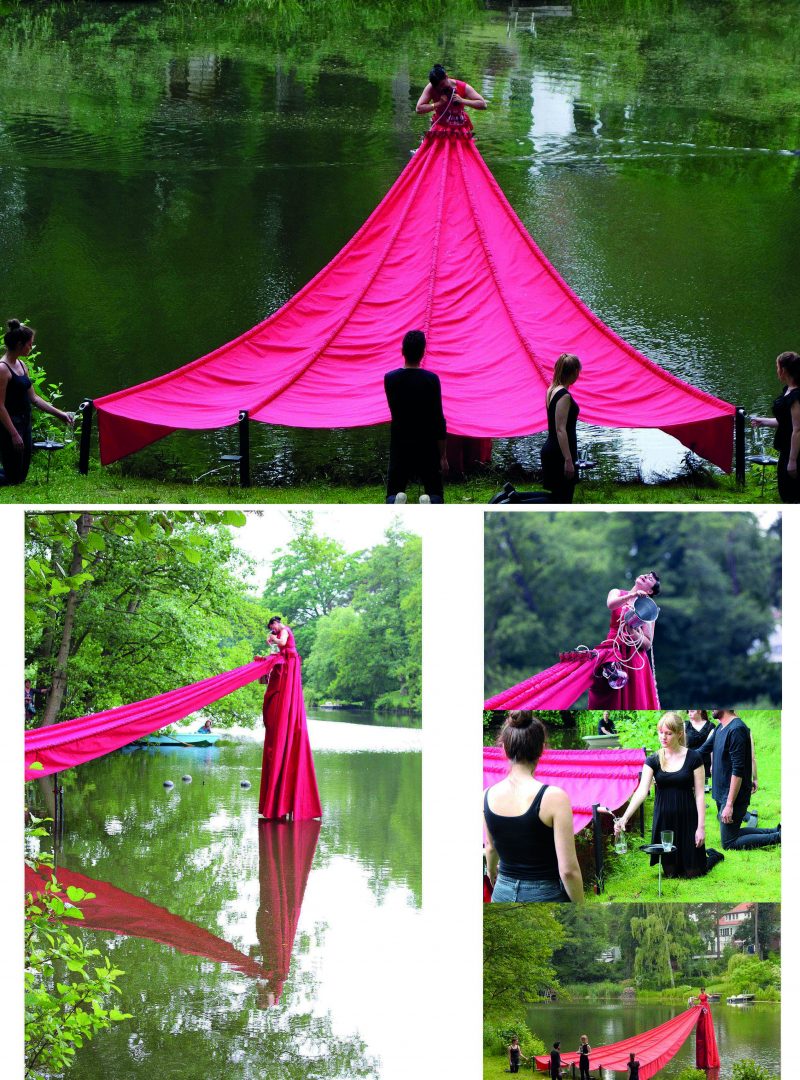 Nezaket Ekici is a traveller since childhood. Born in Turkey, she moved to Duisburg in Germany with her family, when she was 3 years old. Since then, she has been living in two cultures, German and Turkish. After finishing an apprenticeship as a printer in Duisburg, she moved to Munich to study painting, sculpture and art education. After that, she went on to Braunschweig to study performance with Prof. Marina Abramovic. Today, she lives with her husband in She lives and works in Berlin, Stuttgart and Istanbul.

Nezaket Ekici works on her intercultural experiences on her world-spanning travels in performance art. Many works are inspired by traditions and behavior in different cultures and living circumstances. She is interested in exchange with different cultures in order to find new ways to live together. She is interested in emphazising the importance of natural resources inside specific works. Water always has been a core topic for her. More than 25 performances of her entire work deal with the topic water.

3 Actions to make people understand the importance of water:

She has presented her work world widely in museums, biennials, galleries and festivals; with a total of more than 280 different performances, on 4 continents, more than 50 countries and 120 cities.