An international jury of 11 members advises the Artist Call for Action. Coming from different backgrounds, all members bring their passion, personal knowledge and experience together on the selection of the 5 winning art projects of The Universal Sea Open Call.

The jury members base their choice on the extended posts by the TOP 100 artists including the five entering wild cards from the public voting running through 28th February 2018. 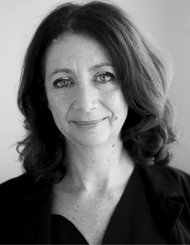 Ariane Koek is an international strategic consultant, producer, curator and writer with an expertise in arts, science and technology, residency programmes and interdisciplinary working.

In 2009 she initiated, designed and directed Arts At Cern at the world’s largest particle physics laboratory outside Geneva. She was director of this multi-stranded programme until 2015. Prior to that, Ariane was awarded the international leadership award the Clore Fellowship for her work in culture, including as Director of the Arvon Foundation for Creative writing and for her career as an award-winning producer at the BBC in both television and radio.

She is also an External Policy Advisor on digital arts, science and innovation to the European Commission’s ICT Directorate DG CONNECT, is on the Advisory Boards of HEK (House of Electronic Arts, Basel, Switzerland ) and the CERN Cultural programme. She is also Expert Arts Advisor to the European Commission’s Environmental science and policy hub, the Joint Research Centre (JRC), which has set up an arts/science programme partly inspired by her work at CERN. She was a curatorial consultant for their 2017 Resonance’s exhibition at the Museo Nazionale Scienza e Tecnologia Leonardo da Vinci in Milan, Italy. In November 2018, her exhibition on Particle Physics and its inspiration for Contemporary Art, Design and Architecture opens at Bildmuseet, Umea, Sweden. 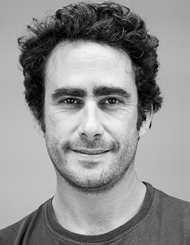 Boris Masseron is head manager of the Surfrider Campus at the Surfrider Foundation Europe in Biarritz, France. He leads the organization of meetings between experts and the public as well as of experimentig pedagogical tools such to sensitize people on biodiversity questions.
Since six years, the artistic approach at the Surfrider Campus of Biarritz has being used to raise awareness on pollution: Masseron is convinced that, changing behaviour requires an emotional, aesthetic approach, in addition to a pragmatic one. Therefore, a number of art exhibitions, concerts, workshop between families and artists were set up.

Boris Masseron was born in Toulouse, France, where he studied Sports, Philosophy and English. In 2004, he completed an MS of Local Development, depending from the Geography Department at the University of Le Mirail, in Toulouse. 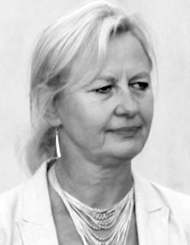 Eulalia Domanowska is an art critic and curator of exhibitions, open-air artistic meetings and international projects. She is an author of numerous publications devoted to contemporary art, and particularly interested in art in public space.

She is Director of the Centre of Polish Sculpture in Orońsko, Poland. Furthermore, she works as lecturer of Art History at the Graphic Art Faculty of the Warsaw School of Information Technology.

From 1979 to 1984 she studied Art History at the Adam Mickiewicz University in Poznan and at the Warsaw University, and graduated in 1986. From 2002 to 2006 she moved to Sweden to study Swedish language, Art, Museology, Ethnology and Gender Studies at the Umeå University. From 1986 to 1990 she worked at the National Gallery Zachęta and at the Centre of Contemporary Art in Warsaw.  She is part of the jury team from the Center of Polish Sculpture. 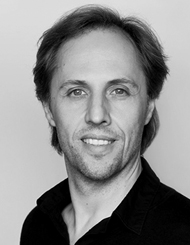 Gilbert Beronneau studied Business Administration at the Vienna University of Economics and Film Production at the New York University. He produced and directed short films, feature films, social spots, commercials and experimental works. In addition, he wrote screenplays for feature films and commercial works and supervised start-up projects in the communication industry and in the art sector.

Since 2003 Gilbert Beronneau has been teaching Applied Audio-Visual Communication, Film Theory and Film Analysis, Dramaturgy and Direction at the designakademie Berlin, SRH College of Communication and Design.

As dean, Gilbert Beronneau coordinates for the design department. In his position as study program director, he is responsible for the bachelor programs Communication Design and Film + Motion Design. 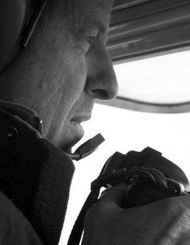 J Henry Fair is an American photographer, environmental activist, and co-founder of the Wolf Conservation Center in South Salem, New York. He was born in Charleston, South Carolina, and currently lives and works in New York City and Europe.

Through large-scale aerial photo shoots and accompanying documentary research, Fair’s Industrial Scars project explores the detritus of our consumer society. Industrial Scarssubjects range from oil drilling and coal ash waste to large-scale agricultural production and abandoned mining operations. In small airplanes, he circles above industrial areas and photographs with a bird’s eye perspective the effects these operations have on our environment. Topics of particular interest include the global warming process, environmental pollution, and habitat destruction—all of which are illustrated in Fair’s photographs.

With his photos, Fair has called attention to environmental and political problems in different regions of the world. Fair has had touring photography exhibits in the USA, Europe, and Asia. Additionally, he travels around the world, giving environmental symposia to teach audiences about consumer responsibility and environmental awareness. Fair’s work has been published in The New York Times and magazines National Geographic, Vanity Fair, TIME, and New York and featured on the programs Today and Marketplace, television and radio, respectively.

Fair has collaborated on high-priority issues with environmental organizations such as NRDC, the Rainforest Alliance, Waterkeeper Alliance, and the Open Space Institute. 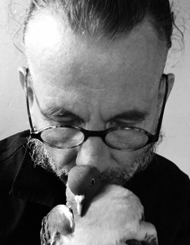 The artist and curator Leszek Golec was born 1959 in Świebodzice, Poland. He graduated in Photography from the Art Academy in Warsaw, Poland (1985–1989). Since 1985, he has been working at the Center for Polish Sculpture in Oronsko, Poland. In 1996, Leszek founded with his wife Tatiana Czekalska an artist duo and has been exhibiting and performing together with her since then. He has been a member of The International Supreme Master Ching Hai Meditation Associations since 1997. He is part of the jury team from the Center of Polish Sculpture. 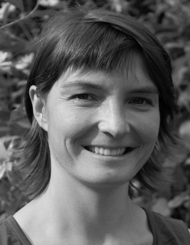 Nardine Stybel is a marine biologist and since 2011 managing director of EUCC – The Coastal Union Germany (EUCC-D), the German branch of „Coastal & Marine Union“, the largest network of coastal practitioners and experts in Europe. She coordinated and supported several European projects in her research fields of sustainable fisheries, aquaculture and water management. She is also a member of the ICES Working Group on Social and Economic Dimensions of Aquaculture.

In the field of marine litter Nardine initiated the platform www.meeresmuell.de and in co-operation with the tourism centre the local initiative „Ostsee-Ascher“ focusing on the reduction of cigarette butts on the beach of Warnemuende, Germany. As EUCC-D is part of the regular marine litter beach monitoring realized by several voluntary associations Nardine knows about the various sources and impacts of marine litter, especially at the Baltic Sea coast. Her vision is to stop further deterioration of coastal waters and to make people aware of water quality issues. With her engagement in The Universal Sea Nardine wants to build a bridge between science, art and the public.

In 2004 she started as a research assistant at the Baltic Sea Research Institute in Warnemuende and accompanied first German projects on the sustainable development of coastal zones. 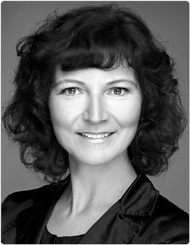 Nicole F. Loeser is an independent curator, writer and art manager working with institutions and companies across Europe. With great passion, she realized numerous projects with international artists, curators and collectors. Understanding exhibitions to be opportunities for discourse, she presents artwork in conjunction with lectures, workshops, discussions and publications as a means of engaging the community and fostering learning. Her central interest is in featuring socially reflective and environmentally focused projects that introduce diverse and forward-thinking perspectives.

Since 2017 she has been Artistic Director of the Institute for Art and Innovation, a multidisciplinary institute exploring and promoting art and innovation as a means to foster social impact and change.

She is also the founder of the Berlin-based organization WHITECONCEPTS. Its mission is to cultivate an exchange among artists and patrons about ideas concerning contemporary art. In close collaboration with artists, it is developing and organizing art projects to gain the art to its freedom and its appropriate context.

Nicole studied Musicology, Cultural Studies and Economics at the Humboldt University and Fine Arts at the Art Academy in Berlin. Her work with people is global in reach. It is grounded in her interests for creative and scientific research, as well as exhibition theory and practice. Together with Viktoria Trosien she initiated The Universal Sea project and was appointed as its Creative Director and Curator. 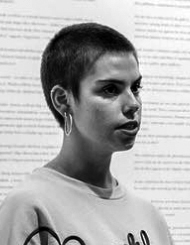 Master degree in Art theory and curatorial studies – Hungarian University of Fine Arts / 2017 The program trains art professionals who, relying on their competence in art theory in addition to their communication, writing and analytical skills, are able to creatively initiate complex, culturally and artistically valuable, socially important projects, research on the Hungarian and international contemporary art scene. Such professionals are also capable of leading projects – with an awareness of the institutional, financial and legal background – as well as managing tenders, technical implementation and media relations. During the studies, students develop the ability to undertake professional and relevant research on contemporary art practices, as well as the associated critical and theoretical discourse. They learn to analyse and mediate the practice of contemporary art through the tools of scientific research and critique, and to work in collaboration with the system of exhibition and art institutions in Hungary, as well as with other actors of the art scene. 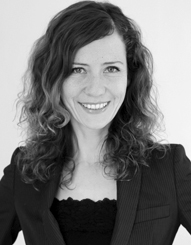 Viktoria Trosien is an innovation facilitator, digital strategist and serial entrepreneur working with companies and startups worldwide. She is driven by her passion for people and ideas. Her purpose is to inspire and enable. To do so, she is backed by a highly creative problem-solving mindset and entrepreneurial thinking combined with strong emphatic skills and best of all tons of curiosity, to really understand and solve challenges!

She applies her skills for social causes through kicking of projects like deutschkiste (a free learning material resource platform), pro-bono consulting for social startups and being a juror/ mentor at startsocial.

Her special interest is to explore the linking of art meeting innovation. As artists embody an independent and free, critical thinking that is becoming a rare phenomenon nowadays while keeping a natural playfulness. It is her goal to research on processes and the impact of art enabling innovation, with a special focus on social change.

Viktoria Trosien studied Sociology at the Free University Berlin, Germany and the Pontificia Universidade Catolica Rio de Janeiro, Brazil. Additionally, she holds a Master of Arts in Digital Communication from the University of the Arts in Berlin, Germany and the University St. Gallen, Switzerland. Viktoria has further professional training as a coach, facilitator and in e-education. Besides Nicole Loeser, she is the initiator of The Universal Sea project and took over the position as Project Lead, working at the Entrepreneurship Foundation.

Weronika Elertowska is an  independent curator of exhibitions and international art projects, and a photography based artist. Her work includes a number of interdisciplinary methods including digital registration, classical process and video – effortlessly moving in the sphere of objects, installations and photography.

In 2009 she got a stipend from the Photography and Media Department at Vilnius Academy of Arts in Lithuania. She graduated with a Master Degree from the Multimedia Faculty at the University of Arts in Poznań, Poland. Since that time she has been a curator of several international exhibitions, including “781 km” and “PLT” in Vilnius, Lithuania. Her art works have been shown in Lithuania, Romania, Northern Ireland and Poland. She is part of the jury team from the Center of Polish Sculpture.

Project PresentationNovember 23, 2022
Join Us!
Scroll Up