“In 2016 my wife and I began an immense and memorable project together. We wanted to make a statement artistically about the environment and about its relationship to humanity, frontiers, migration and exile.” – Stephen Wilks 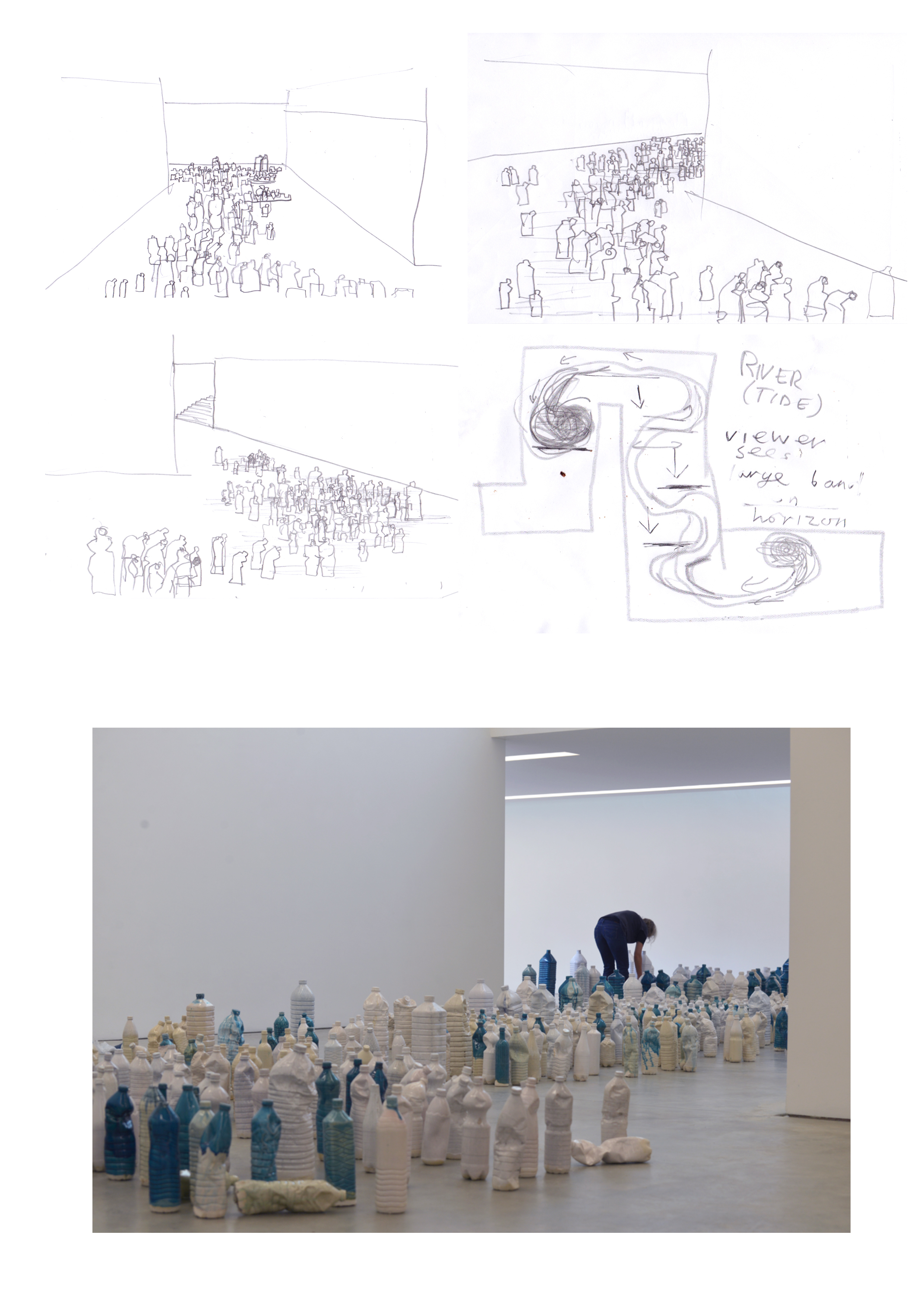 Working alone in their Berlin studio, and the BBK studios Stephen Wilks and his wife began creating around 1800 ceramic vessels. “Each piece would be individually crafted… No automated processes were involved and attention was paid to every single ceramic object” says the artist. The vessels were modelled upon the ubiquitous plastic water bottles; the very same plastic bottles, which pollute the oceans and destroy nature, but at the same time are vessels for drinkable water…The essence of Life. This paradox is an inherent part of the work, which we call „Bottle River“

A River can evoke feelings of power and life, a flow of energy which has a predetermined and exhilarating course (normally to the ocean ). Rivers can be channelled and their tidal force harnessed in a positive way by humanity, sadly our rivers can be starved of oxygen and their life engendering vitality poisoned, their course clogged. 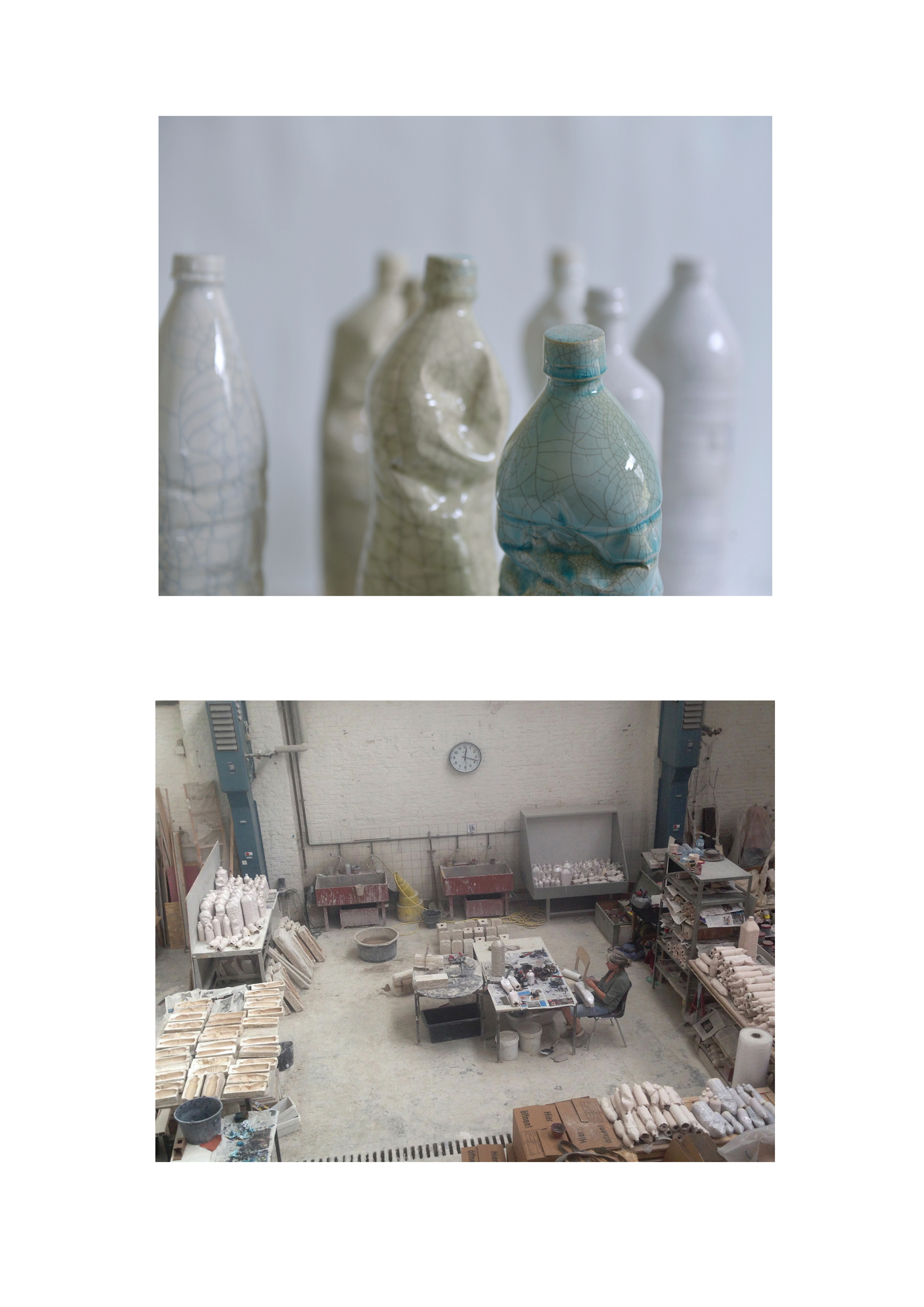 The daily labour of form building, biscuit firings and glazing processes mixing slip took about one year to complete. The artist thinks that the whole process and relentless labour drained us somewhat, rather like the depleted vessels they were creating. Nevertheless, each time they opened the kiln after the glaze firings, Wilks and his wife were always greeted with a sense of elation and wonder at what the thermochemical reactions had produced, intimate craquelure pattern work, profound turquoises and
subtle nuances of glaze that embellished the works central themes, reflecting on contemporary issues, from mass culture to uniqueness, from mass production to craftsmanship.

The work exists on many levels and is intended to evoke many feelings and interpretations from the viewer. The initial confrontation with the work tends to be overwhelming. The Tide or mass of ceramic vessels ebbs through interior spaces. The viewer is drawn into the mass and in some way becomes part of it while they walk along or through the myriad of forms. It can be viewed both as a giant river but equally the contorted bottles evoke an exodus of human-like figures. 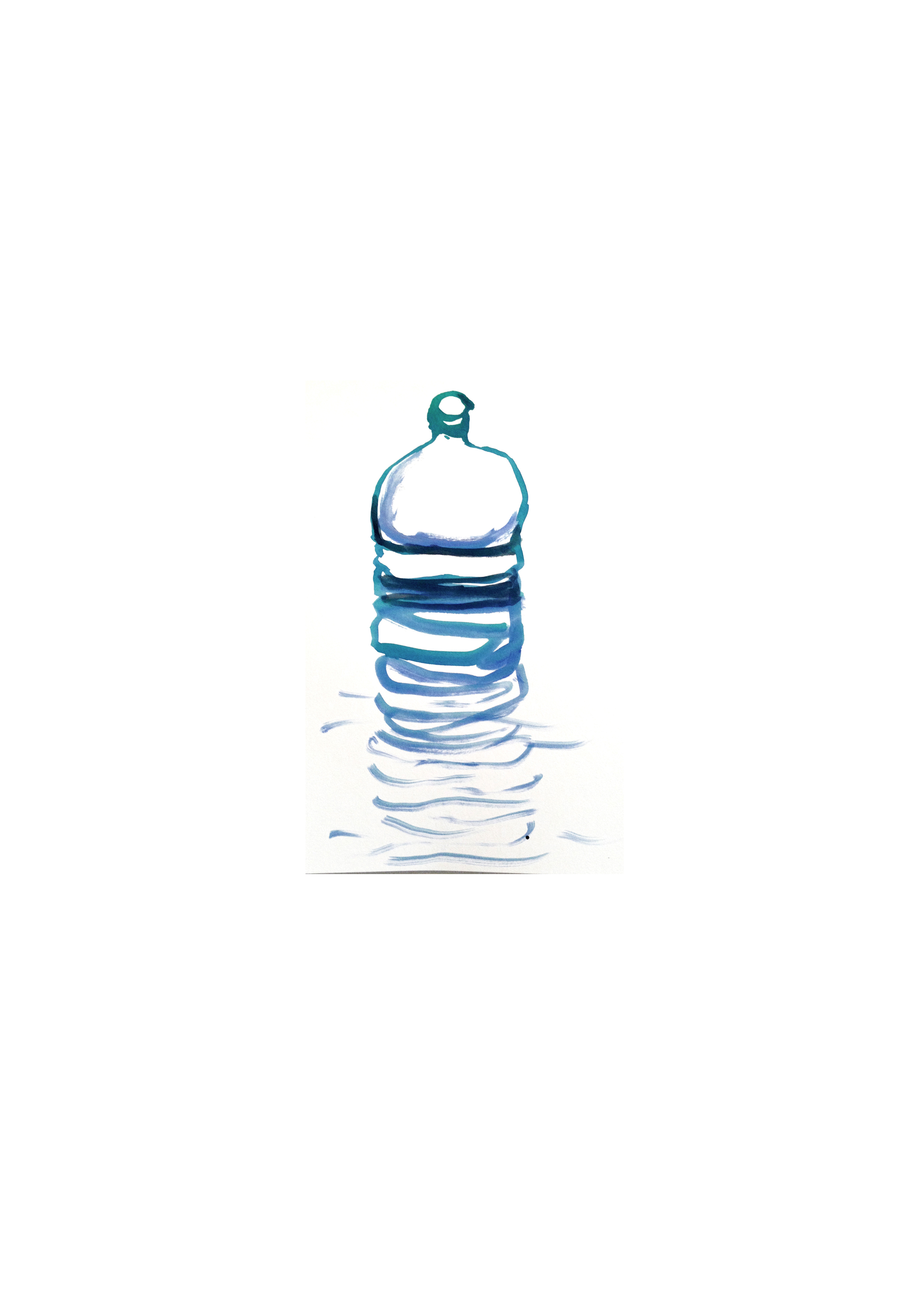 For thousands of years, we have been harnessing water and trying to find a balance between nature, mankind and our living environment. The bottle protects, preserves and allows the transportation of drinkable water throughout the world, the horrible irony inherent in this equation is the very bottles that help transport our drinkable water are now threatening the very life of our oceans. As in all paradox somewhere within ist confines may be contained a universal truth. The Wilks’ work embraces these issues it strives to literally meander through beauty, pollution, exile, trash, nature and art. Bottle River is an expansive but fluid sculptural installation which adapts to each particular context or space, it mirrors water in this respect. Cascading downstairs, swelling auditoriums or funnelling in sinuous streams along corridors.

Bottle River has been seen in various contexts and situations including the major collaboration with the Hedge House foundation and Bonnefanten Museum in Nl, the exhibition at Apollonia in Strasbourg entitled „xenophilia “ about migration and boundaries and a developing collaboration with the New York-based activist Mary Jordan and the New Water culture (whose aims include raising our consciousness and promoting sustainable and drinkable water for the whole world).

The public is invited to walk through and along the installation, the physical and mental interaction whilst walking and observing the piece plays with the viewer’s sense of Macro and Micro perspective and orientation. The bottle River represents a giant mass a force when seen as a whole but composed of unique individual elements. It represents on another level the potential of the collective. “Perhaps our own force will act as one, rather than trying to make it alone.” Says the artist.

Stephen or his wife Andrea will host questions and talk about the River and wider themes about the environment. They would like to give a designated number of bottles for donation. The money raised will be given to groups working to prote enviromental action and awareness. The third action would be a lecture by the artist or if possible an activist whom they want to collaborate with.

The public is invited to immerse their thoughts and feelings in the undulating ebb and flow of turquoise, blues, whites and earthenware as if looking down from on high at a google satellite map, alternatively we can see ourselves ingulfed an architectonic urban sprawl… the tall bottles mimicking skyscrapers or densely populated neighbourhoods alternatively we can oscillate into a microclimate of ming like figurines, fragile and vulnerable and alone, isolated in the throng.
The work exists on many levels and is intended to evoke many feelings and interpretations from the viewer. The initial confrontation with the work tends to be overwhelming. The Tide or mass of ceramic vessels meanders through the interior space can be viewed both as a giant river but equally the contorted bottles evoke an exodus of human-like figures. 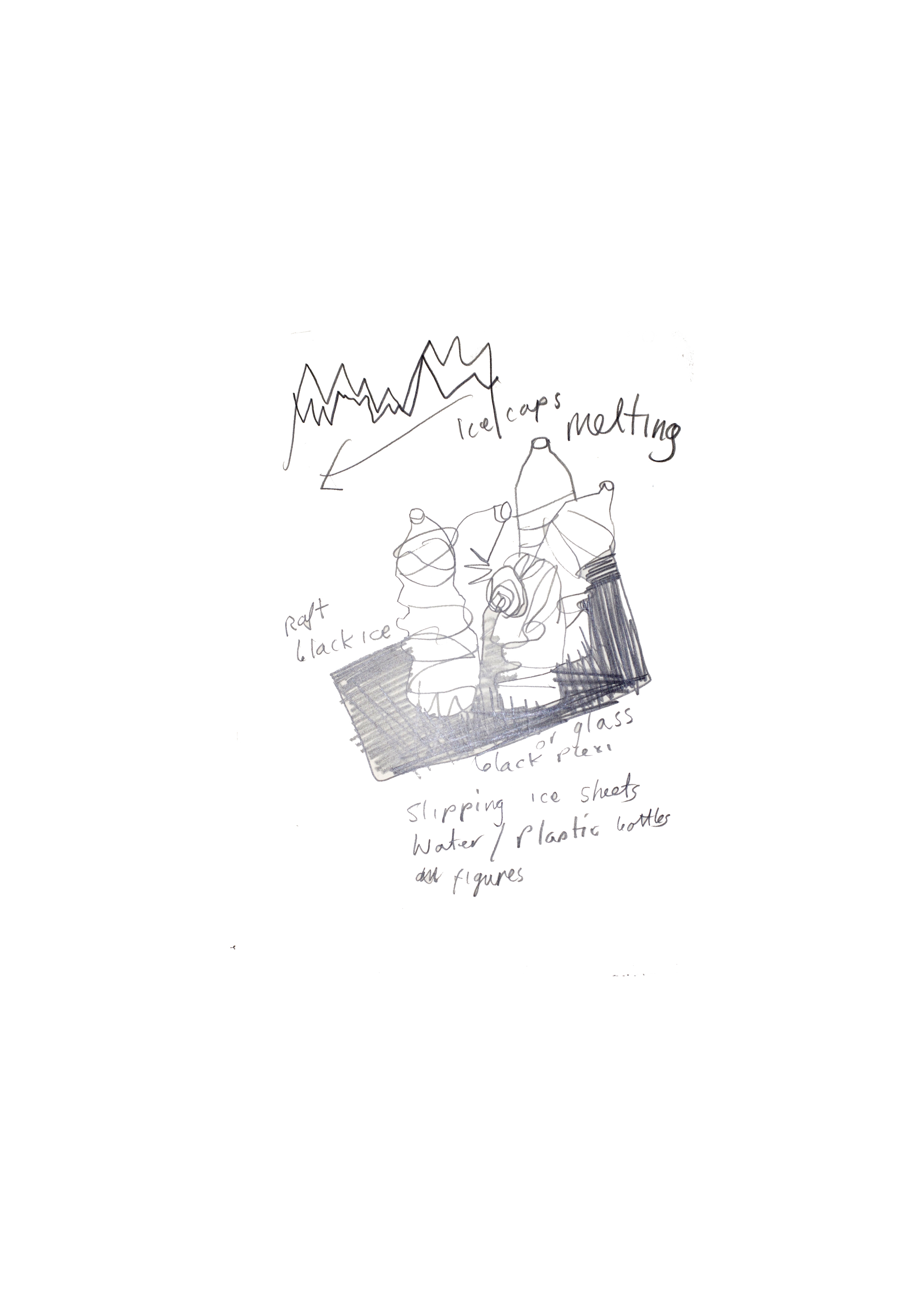