We ingest at least 660 particles of plastic through the consumption of salt each year. The United Nations state that “up to 12.7 million tons of plastic enters the world’s oceans every year, equivalent to dumping one garbage truck of plastic per minute into the ocean.”

CV Peterson proposed project for the “Universal Sea – Pure or Plastic!?” festival is an installation and performance art piece that centres around Chemist Dr. Sherri Mason’s current research on the level of plastic in sea salt. This performance is multifaceted and carries out a series of movements that react to and manipulate plastic and salt with themes of purification, cleansing, ritual, and pollution. While my work is whimsical and playful it does not expunge the environmental ramifications of our actions on the planet.

An important part of her artistic practice is public interaction. One of her community oriented actions will be the offering of tea to the public, a beverage perceived to be calming and cleansing. Tea will also be served at my other workshops and prior to the performance at the festival. The artist will collect the trash (i.e. plastic wrappers, Styrofoam cups, etc.) to later be used for the main performance and installation in Budapest, Hungary. 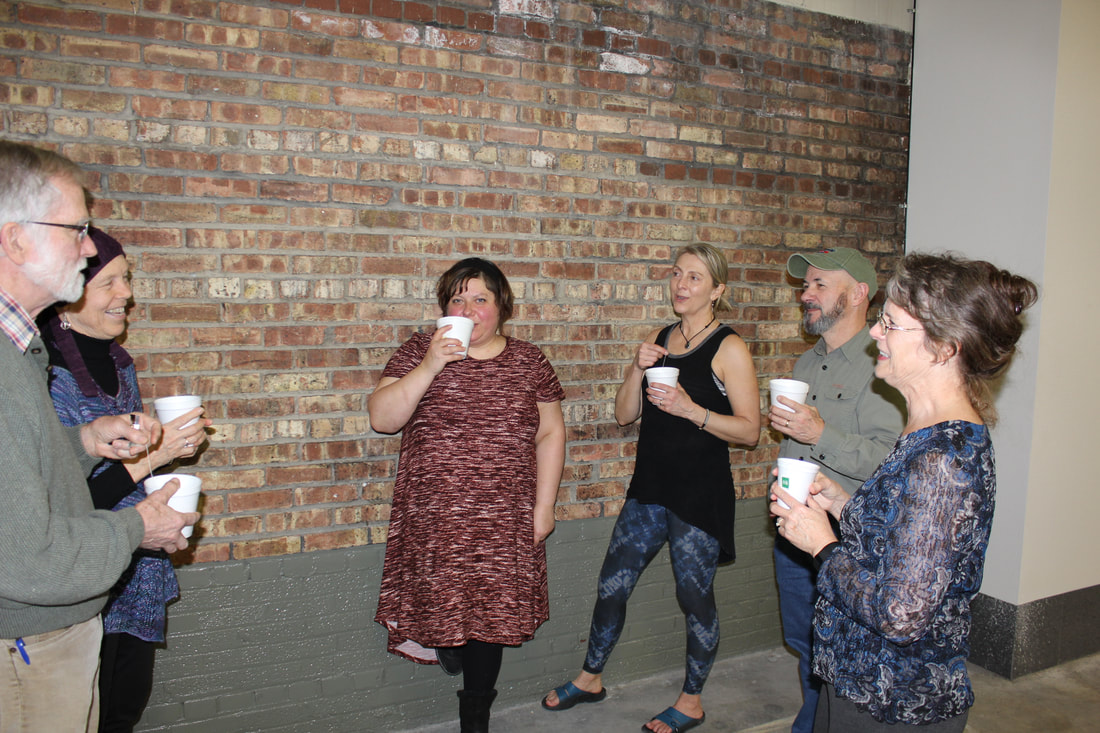 For another interaction, she will invite the public to workshop their own creative ideas about the Earth’s future – about our oceans and the amount of plastic (a dump truck every minute!) that occupies it. CV Peterson is interested to learn different publics’ takes on art practices that include science and environmental focuses. She believes a creative discourse on artistic outlooks for the planet and ways to “fix it” are fun steps towards awareness and a desire for change. All of this while enjoying a cup of tea amongst new and old friends.

The artist’s third interaction will be a two project workshop for all ages. The first project will be how to make plarn and the second will be how to grow your own salt crystals. Plarn is a yarn alternative that is made from shredded plastic bags that can be knitted or crocheted into functional items, such as mats, rugs or sacks. From there, participants will learn how to grow salt, either on their plarn projects or on a provided material (i.e. yarn, string, etc.). Both the plarn and the growing of salt crystals are integral parts of my proposed performance for the festival in Budapest.

Prior to her main performance, there will be tea served and the resulting trash will be integrated into the performance. CV Peterson will be evoking poetic gestures by raking and pouring sea salt into symbolized representations of words to “spell” out phrases. 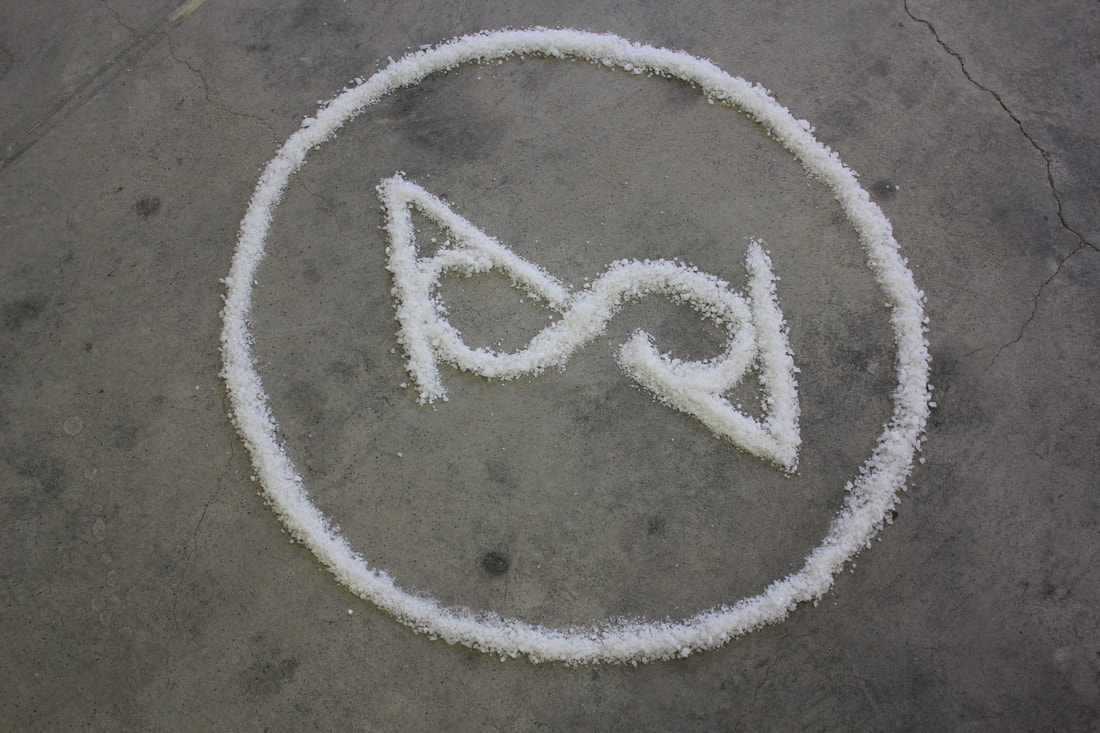 This purifying ritual is a commentary on humanity’s active contribution to a plastic-based ecosystem. Salt has been a symbol of purification, preservation, and wealth for centuries. But now, with the high concentration of plastic in the oceans that is contaminating the salt, the artist is curious how these traditional readings are interpreted now. She will be performing in a room filled with a woven plastic installation that will have salt crystals growing upon it. The installation will be created using the same crystal growing techniques on plarn that were part of my public interactions, previously mentioned. Imagine crocheted plastic bags that will create a “waterfall” type effect. They will be suspended from the ceiling and cascade down. This installation symbolizes the growth of plastic in our oceans and how plastic is becoming a part of sea salt evidence of Humanity’s legacy – plastic.

CV Peterson (b. 1988, USA) is a multi-disciplinary artist based out of Eau Claire, Wisconsin whose work combines scientific exploration and art as a way to examine environmental devastation. They received their MFA (’16) and BFA (’14) from the School of the Art Institute of Chicago, and a BA (’10) from Gustavus Adolphus College. They have exhibited in such places as the Shanghai Zhu Qizhan Museum (China), the CICA Museum (South Korea), the Chicago Architecture Biennial (Chicago), and the Performance Arcade (New Zealand).