A countless source of pollution around of us that damages our seas. Be sensitive to ALL, disregarding those that appear to be small pollutant can result in a drastic devastation. Nowadays with a large number of human population, any small pollutant will scale up to a large effect when repeating by the habit of people.

The picture shows the bank of Caspian Sea – the world’s largest enclosed sea. A boatman, who earns his leaving from his boat, carries gasoline fuel in a plastic container to fill up the boat’s tank. The photographer immediately noticed that this is a typical practice of filling tanks for boats and it has been the habit of all boatman in the wharf over generations. The photographer then found that the majority of boatmen, in particular, younger, are willing to protect the environment and many of them are caring about not throwing plastic bottles into the sea. They know that sea pollution is among the most critical issues of new era, and protection of sea is a must for all of us.

The first step is to recognize the sources of pollution. Looking into the major sources to mitigate is good but not definitive enough, the photographer believe. Growing cities and human competition in deploying fast-changing technologies lead to a large number of little pollutant sources that end up massive devastation to our sea and environment in general. This picture is a good example where it shows how simply the gasoline fuel that drives our boats can be neglected in damaging our environment. This picture is one of the millions of incidences that is happening around of us where the lack of training, regulation and understanding are damaging our sea.

Gasoline is usually transferred to boats in plastic containers that can be very devastating to our sea. Not only the plastic material is problematic, even an empty one after use is a noticeable source of the pollutant. Continuous leaking when carrying the fuel, overflow of pouring fuel into the boat’s tank, bad habit of the boatman to clean engines using gasoline and sea water, flipping the fuel tank toward the sea to remove internal clogs, these are few examples that the photographer wants you to think when looking at this picture.

Mazyar Asadi believes in 3 major actions including 1) drawing the attention of activist, consulting with environmental safeguarding experts as well scientific centres to find a safe and environmentally friendly method of carrying fuel to boats – a cheap method that every boatman feels comfortable to use, 2) Let regulatory agencies to hear about the issue and take a proper action toward regulating boat manufacturer to add additional device to assure the boat’s tank cannot be filled unless using a proper method, and 3) Training of boatman to become sensitive to these small factors and encourage them to learn and use a proper way of transferring and utilizing gasoline fuel while on boat.

Mazyar Asadi wishes everyone safeguards environment as of our people and future with all detail planning and actions. 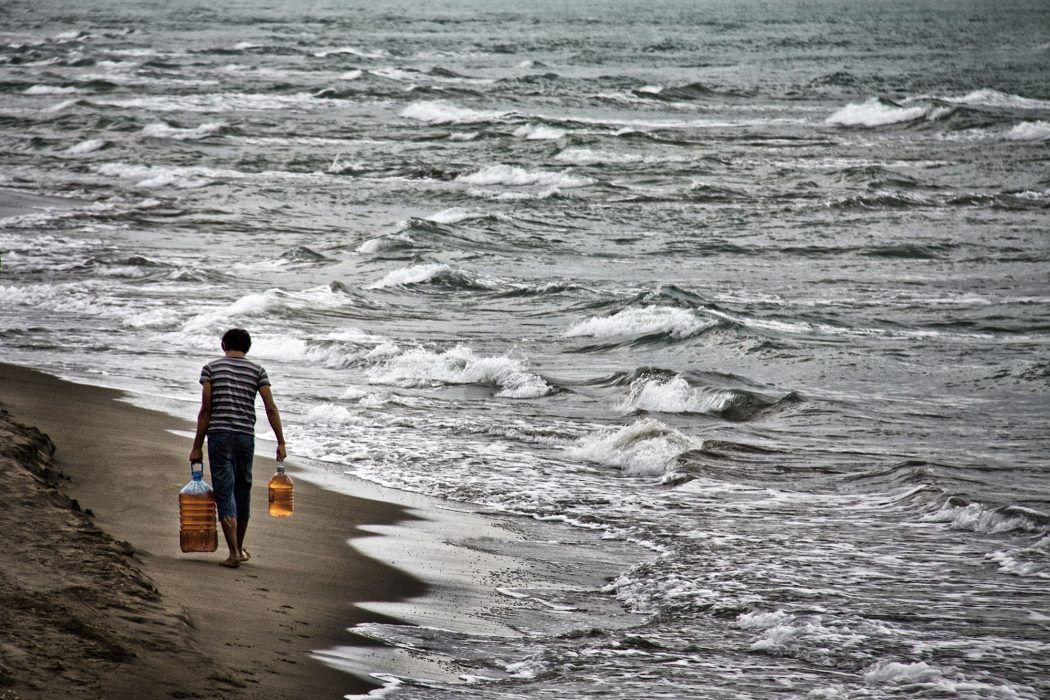 Mazyar Asadi is a professional photographer and freelance photojournalism working on wide range of categories from general news to artistic shots to feature photography. He is enjoying working as photojournalist in-chief of the widely circulated morning daily HAMBASTEGI Newspaper in Tehran Iran for taking photos from places, people, and related events. He was born (1979) and raised in Tehran Iran. He obtained a Bachelor degree of photojournalism from The Tehran faculty of art, Journalism Dept. Over many years of his professional work, he has collected several awards and trophies of photography from prestigious national and international contests including two honorary awards and a silver medal from the Canadian Association for Photographic Art (CAPA) in 2015 and 2017. Many other photographs of his work have been short-listed in more than 30 competitions world-wide allowing him developing a high-profile portfolio in this field. He holds an international press card and accredited from the European Press Federation (EPF) as photojournalism with a press passport.