Barbara Nati’s work has faced social and environmental issues with a tainted stylistic approach where history, visual art and advertising approach mix up in a new formula where art fulfills its goal by becoming a playful tool, speaking in a versatile and universal alphabet. Every setting invites the viewer to look again at those things we take for granted while pulverizing the naive trust in what we consider real but maybe not.

The thick messages concentrate on the idea of “inversion”, that means the possibility of offering the spectator the opposite point of view from the expected or predicted one. In her attempt to analyze the chaos reigning underneath the surface of reality Barbara Nati combines visual landscapes that blur fantasy and reality. 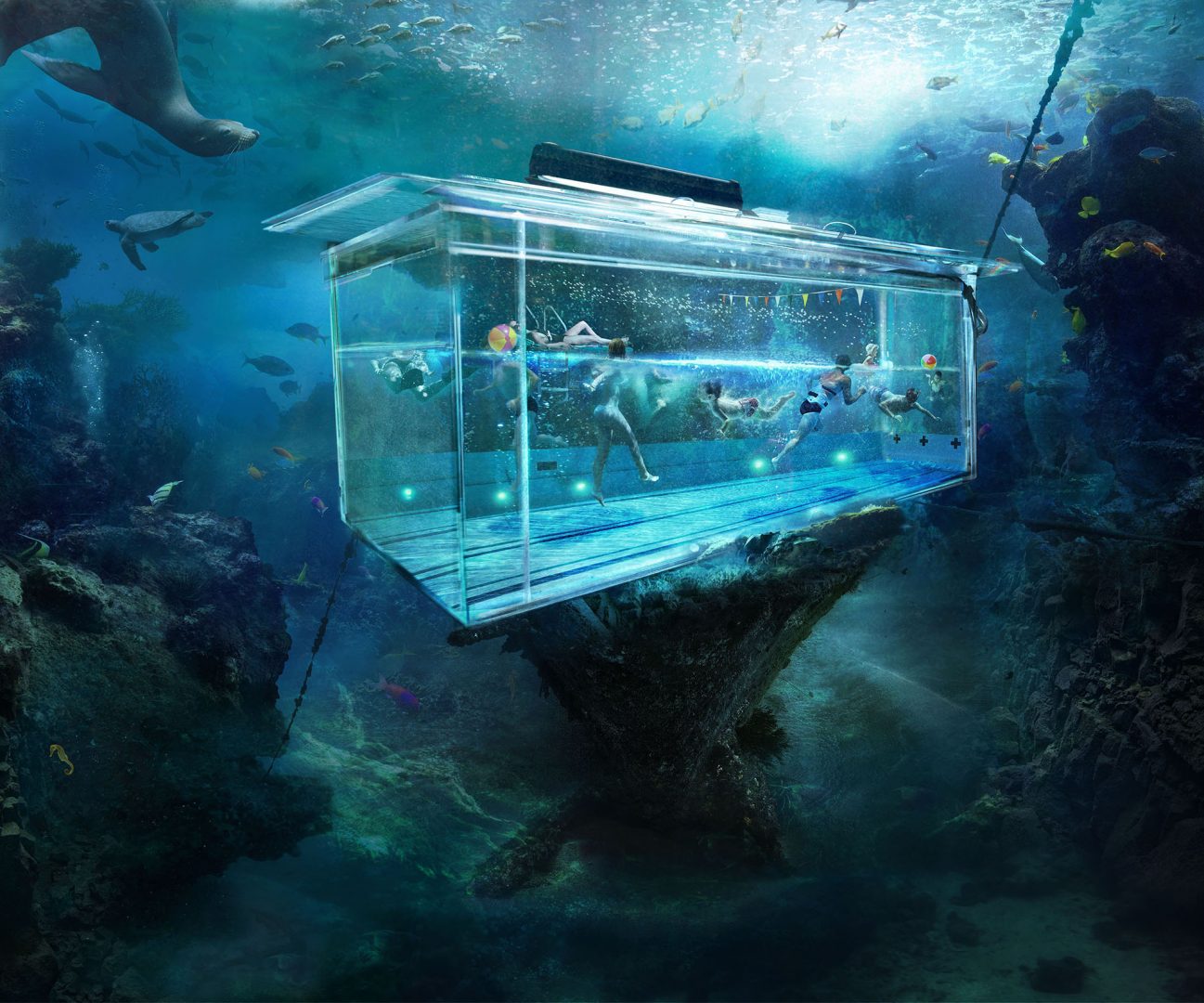 The artist specifically picked this piece that belongs to a body of work called “Cages of tranquillity” where humans deprive themselves of the beautiful nature surrounding them for fear of the unknown.

Barbara Nati started to plan this series after a woman told her that during the woman’s latest holiday in a resort by the ocean she came across a boy who was playing in the pool instead of the seaside and when she asked him: “why don’t you play there instead?” he replied “Because in the sea you can find real fish, of course”

As almost all of the land above and below sea level has been explored, humans have anthropomorphized nature to the point of turning it into mere statistics, which are essential to the development of devices, nutrition plans and sports training. The unknown is neglected, or is rather, compartmentalized within the wider agenda, and thus easily dealt with.