In a near future – Humankind did not stop polluting. Some of the people gave their best, but it was too late and nothing could be done anymore. Humankind had killed its Mother Earth. The sea gave first life, yet it was the first starting to die. Only then people realised what they had done. Somewhere, explorers found parts of dying sea. One company got a special permission to make a product – Packed sea.  In order to feel and smell the sea people are going to store and buy this commercial good.

“In this short story, I have described my thoughts on what will happen to the sea if we don’t stop polluting it! Sadly, I think that mankind is not aware of at all of its bad impact on nature and due to that in a near future we could see and feel the sea only as packed commercial good. Sea found on store shelves in plastic bags. My goal is to confront  the audience with this threatening possible future. In a way, it is a shock therapy. For the exhibition, it should be placed on a plain store shelf with price tags and sign ALMOST SOLD OUT.” – Tamara Zecevic 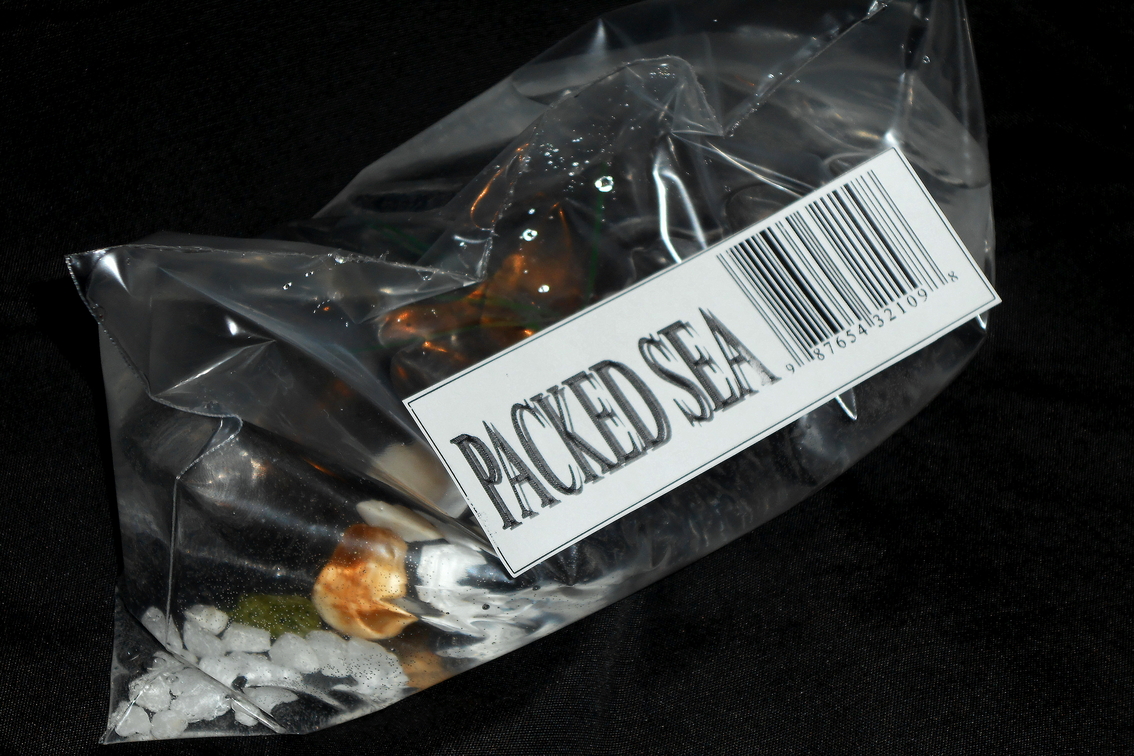 Interactions with the public:

The first interaction with the public would be to invite them to participate in a performance- to swim in a swimming pool packed with trash and water and after participating to describe how they felt. The object is to make people literary confront with the trash that they make. Humankind tends to physically avoid the junk they make. To confront public in a real sense with junk.

In the second one, a movie about pollution and its possible outcomes would be displayed. The movie should be silent, with numerous horrific pictures of sea pollution. After screening the film, people would have flyers to inform them of what they could do to stop pollution.

The third interaction with the public would be to display the art project “Packed sea” into actual stores, with real prices and to film and observe the reactions of the customers. After having observed the shoppers, walk up to them and start a conversation about water pollution and how they felt seeing the packed sea.

Tamara Zecevic (*1981) is a Serbian artist living in Belgrade, Serbia. In the year 2005, she obtained a business diploma at the European University, Faculty for international management. In 2016, she finished the Polytechnic School for Goldsmith. Art jewelry is the artist’s predominant field.
Tamara has her own studio, where she designs and produces jewelry in silver, brass, copper and alternative materials.
She already had two jewellery fashion shows in Belgrade, Serbia. Also, she participated in thirteen exhibitions in Belgrade, Sabac, Majdanpek, Velika Plana, Grocka and Vranje. In 2018, she will take part in ten more shows as well as three solo exhibitions.
Tamara Zecevic won the prize of First Autoportrait and Portrait Triennial in Serbia. Since 2017, she has been a member of NotOnlyDecoration, an Austrian organisation, and is now a lecturer for jewelry techniques.

One Reply to “Packed sea – by Tamara Zecevic”