We decided to create the concept of the Sea to show that the sea aims to engage the people so it can be free of plastics. Sea is the character of the artwork by itself, related to the individual collective (of humans in this case) you can be part of the solution; are you game?

Eduardo Romaguera and Irene Carrasco Abad approach this project with a common interest on Sea, social citizens engagement and a playful artistic development, Irene as a designer with conceptual perspective and Eduardo as an artist and development of the artwork. 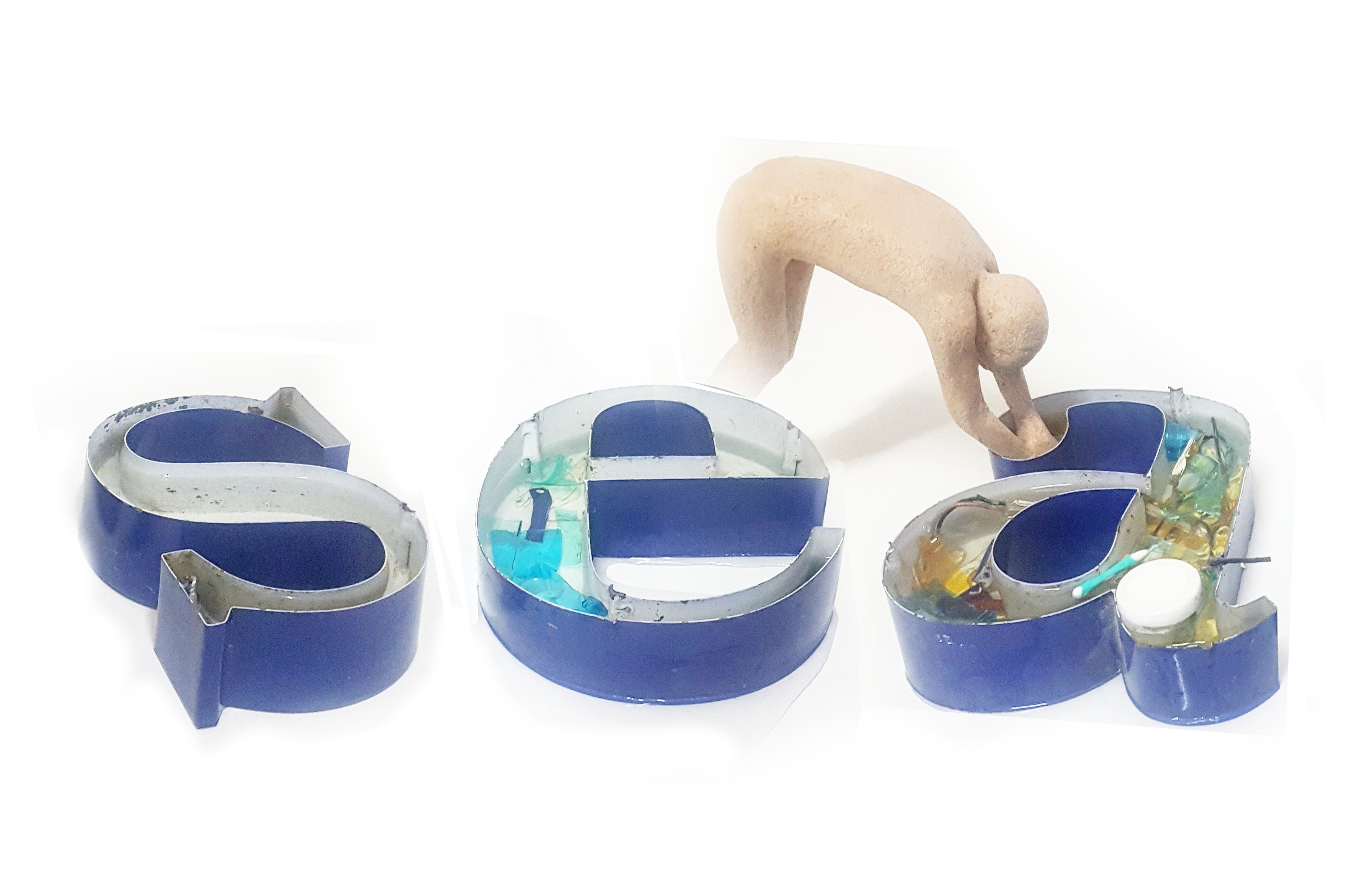 The artwork Sea is totally related to an active engagement with the Public, just by its image it communicate that citizens take an active part on the solution and also by the development of the workshops that together they take part in the plastic recover through a cleaning action of a beach or sea location, together coordinating efforts with an NGO or other experts Sea Partner to provide plastic material collectively to be up-cycled inside a letter. That, in this case, will be the letter A and half of thee.

We agree with The Universal Sea values and its community. Irene is a Designer engaged with sustainability and project development and connected to the Sea as an active sailor; with Eduardo Romaguera expertise and professional artwork, offering an alive example of social engagement, poetic performance and aesthetic sensibility.

“Life as an artist is intense, according to Eduardo Romaguera, from Valencia, Spain. ‘Art is marvellous, everybody should experience it. Doors are opened to dimensions with extraordinary poetical eradiation. Eduardo considers his work as a game, he plays with elements, some of the technical and very precise. There is a lot of humour in it. His artworks are open to numerous interpretations.

Eduardo Romaguera, (Valencia, Spain, 1976)   Eduardo Romaguera, has been awarded several prestigious grants, one of the most important, “the Communities of Artistic Creation”, given by of Mexico.  His reflexive proposals have been exhibited in Argentina, India, China, France, Italy, Portugal, Sweden, Germany, U.S.A. and Spain.  He actively participates in several European University research groups focusing on new art techniques. Romaguera supports the creation of Independent Contemporary Art Spaces. Additionally.  He lives in Valencia, Spain.

The artwork of Eduardo Romaguera and Irene Carrasco Abad as a conceptual designer is related to The Universal Sea – Pure or Plastic!? in terms of sustainability values and social approach.
Always with the aim of creating an answer in the society and engagement that can be active and playful.