“Behind every mask is a face and behind that is a story” – Marty Rubin.

One of the surest ways to solve plastic waste deposit in the environment and into the universal sea is to encourage human empathy and sensitivity by bringing heartfelt conversations with the human element that will make them empathize and commune to the effects and damage of their actions to address environmental issues. That is what the Virgin Breaker nature art and performance seeks to achieve.

VIRGIN BREAKER, NATURE ART PERFORMANCE, 2017 by Kojo Biney – is a project that portrays the acts and actions of humans which are destroying and polluting the natural beauty of the sea and other water bodies. It highlights various health hazards caused by dumping of plastic waste materials, open toileting along the coast, Sand winning and many more – the artist sees all those activities as a break of nature virginity by performing a character or imagery of a sort of masked figure immune into nature to tell a story. The sites which use to be naturally beautiful to tour for relaxation and comfort has been invaded heavily with plastics waste materials, open toileting and many others. The performance was to warn people to stop invading and breaking the virginity of nature. 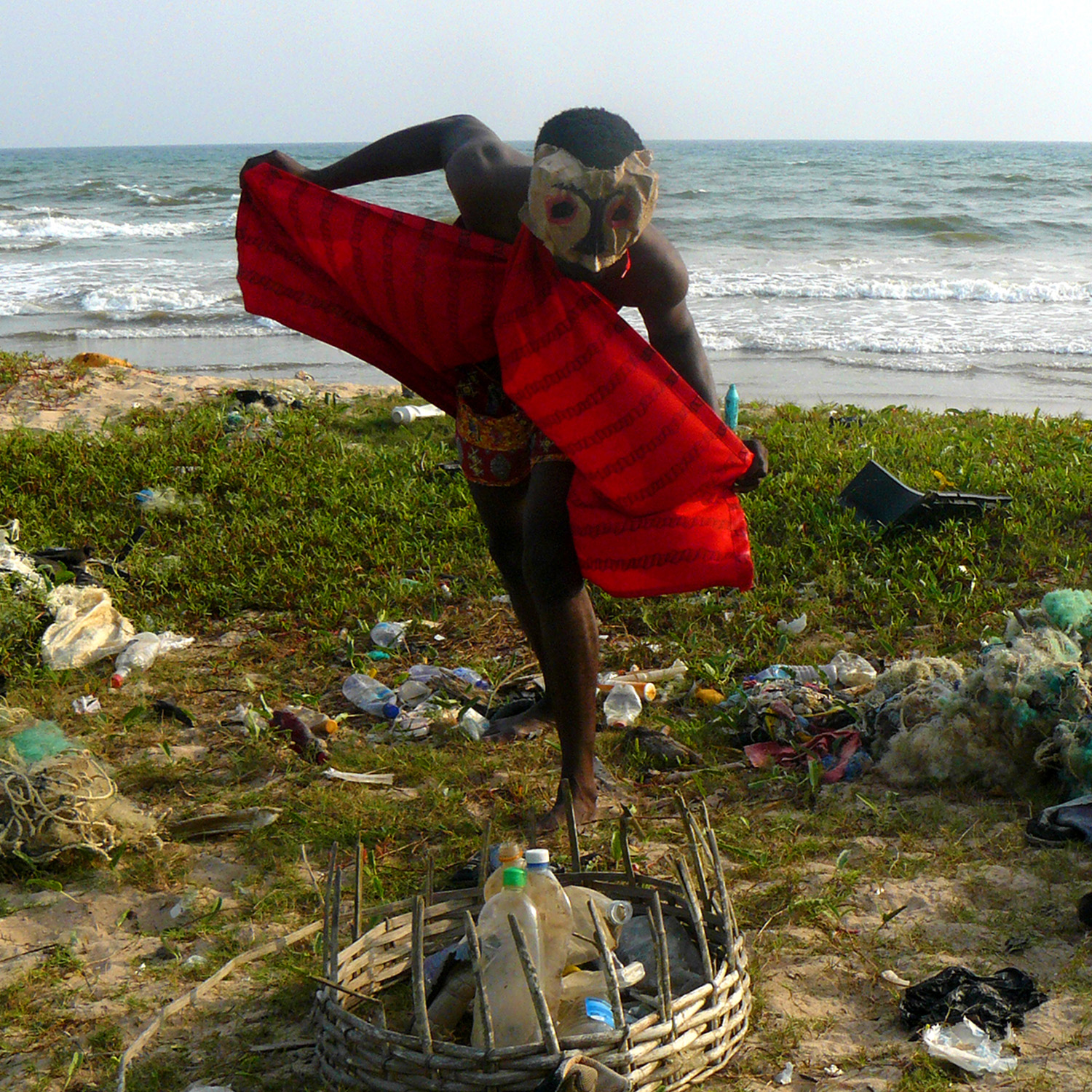 Breaking a virgin (through Sex) in its self is not much of a concern but a person who hides the face behind a mask to break a virgin speaks volume; they rape, defile and eventually kill. In the same magnitude, people hide themselves as they invade nature to rape, defile and destroy it – people hide themselves to throw waste plastics into the sea. During the day, they consume and accumulate in masses waste plastic materials and in the night they hide themselves to throw plastic garbage into the waters forgotten that “what goes around comes around”. Is a shame, as they often look back, front, left and right making sure no one is looking as they drop their garbage anyhow in the environment and into the universal Sea. The mask indicates non-conformity of good standards of the society to protect, prevent, and preserve universal sea and lives. Any negative actions you take towards nature makes you a virgin breaker. Generally, no human wants to live in an unclean environment so it is for the aquatic folks. Let us all universally join hands to make the universal sea clean and from plastics for a better healthy life.

The Virgin Breaker project by Kojo Biney has great relations with the Universal Sea – Pure or Plastic, because it dialogues with the public through performance and presentations, touching on their sensitivity to create awareness of the dangers in floating or polluting water bodies with plastic waste materials.

Artist Actions Plan with the Public

Firstly, the artist will mount up performance and presentations of “virgin breaker’s Acts” in UK or any country that has a lot of water bodies to feel the impact of the performance. Secondly, the artist would use plastic debris and paints to produce mixed media work that will touch on emotions of death in relation to the death of marine lives making the man a sole responsibility for the calamity. That will be exhibited in High schools in Germany where he can capture the young. Thirdly, the artist will produce sculpture through assemblage and construction of plastics to touch on a theme base on human senses since every trash of plastic tells a story of human life and exhibit it in a public space for interactions. That is to educate the public in the attitude of recycling plastic and the sense of creating with plastic instead of throwing them into the waters.

One Reply to “Virgin Breaker – by Kojo Biney”