“I was shocked! In early summer 2017, I roamed the coastal areas around Lebanon’s dumping sites and beyond to work on the ongoing mismanagement of the waste crisis with its dumping sites right at the shore, which threatens the Mediterranean by not only plastic flowing out into the sea during storms but also leaking toxins. I didn’t expect to see such a vast scale of pollution, in some cases completely covering the beaches.” says Constanze Flamme.
The submitted photograph is part of the documentary. This particular one though was not taken close to any dumping site but these carpets of floating plastics appeared on a lovely summer day on a frequented and beloved beach in the south of Lebanon and a Coast Nature Reserve for sea turtles. This reality occurs along the entire coast and a swim might end up in a patch of floating plastics in an alarming dimension. 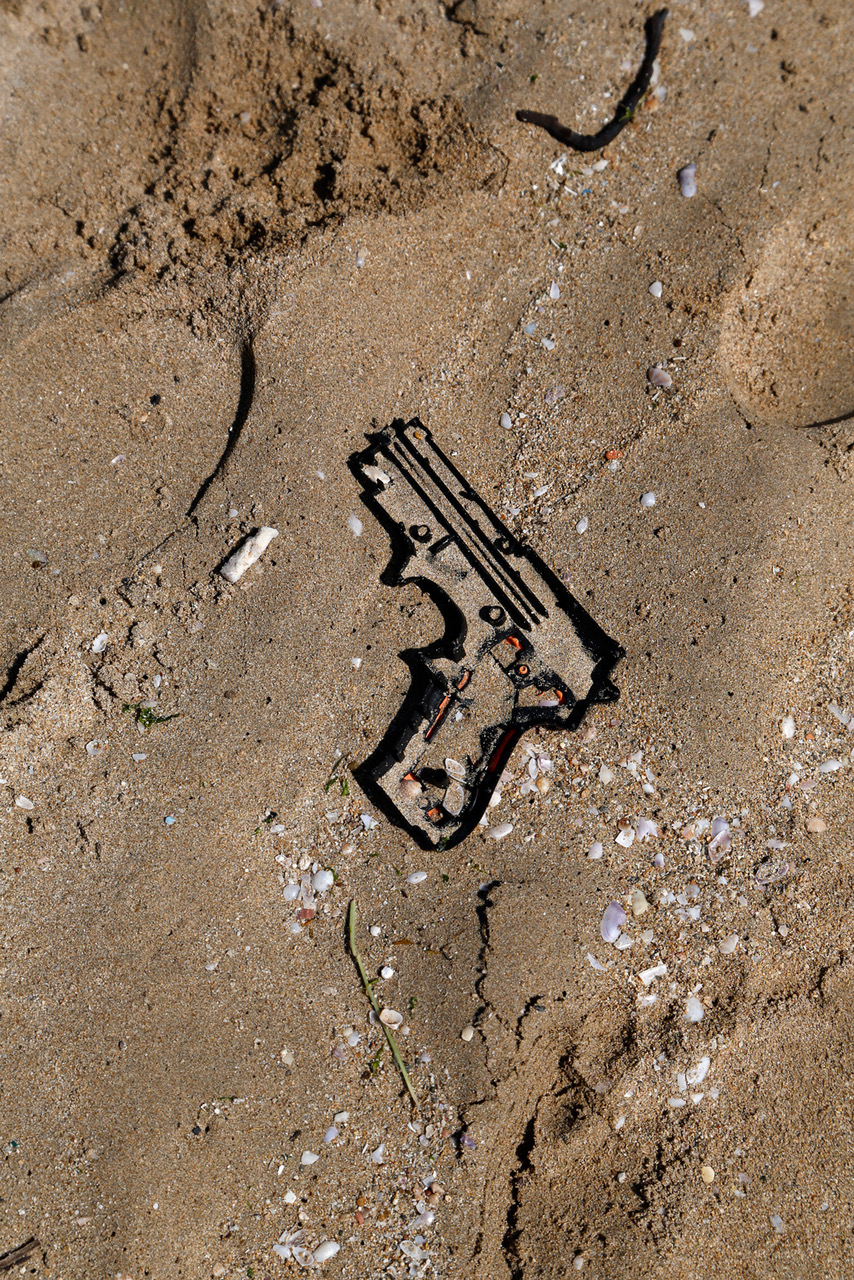 Since Constanze Flamme grew up at the coast in the north of Germany, she was used to seeing once a while flotsam after a storm, which triggered at that time the fantasy of what had happened in the open sea and which stories these objects carry with them. This narrative quality and overseeable scale of her childhood was replaced by this sheer amount of plastics and pungent smell that triggered a repulsing physical reaction one day later after climbing around the dumping sites while browsing through the photos – also towards the photo of a corpse of a sea turtle drifting with bloated eyes on the surface of black water like a puppet from a horror movie – but the scenery was real – close to the landfill Bourj Hammoud, also home to a small port of local fishermen

“Being drawn to the sea is a driving motor in my examination with socioeconomic issues and let me travel with a medium format camera to Louisiana in 2011 – one year after the explosion of the Deepwater Horizon in the Gulf of Mexico, the largest oil spill in U.S waters, one of the momentous events in history.”, points Constanze Flamme out. She was touched by the question how the coastal residents deal with the long-term impacts and to draw closer a portrait of a region which incorporates our dependencies and interdependencies of petrochemical production and an (intact) environment, endangered to vanish due to erosion caused by canals dug for oil and gas pipelines through the fragile ecosystem of the wetlands.

The second stage of that project focussing on the vanishing landscape and habitat of First Nation residents was supported by a project funding by VG Bildkunst Bonn. In 2016/17 the series were represented in „Longing for Landscape – Photography in the Anthropocene‘, during the European Month of Photography at TAT Berlin among works by Olaf Otto Becker, Hans-Christian Schink and others.

The artist studied Visual Communication at FH Potsdam and Photography at Gerrit Rietveld Academy in Amsterdam. Her main interests are deeply rooted in earlier studies in Anthropology – using the camera as a tool to observe, trying to understand and translating it into imagery. The different backgrounds locate her work in a documentary manner in the space between journalism and art or touching both. Part of her work is educational workshops using photography as a sociological medium for observation and creative expression and empowerment with socially deprived youth or for intercultural communication.

MEDIUM & MESSAGE
“As photography has certain limits to “act” as a catalyst I still believe in the medium as a contribution to environmental and social movements in raising awareness and providing contemplation for change, – as a halt and dialogue with depicted realities around ecocide can lead to questions „do I resonate with the topic?“ and “how is my own consumption part of the system and to which extent can I actively contribute to a green – and in my opinion intertwined social – change?“. Also to decode where our own convenience devitalizes arguments and knowing it better.” – Constanze Flamme

Of course, just acknowledging the situation doesn’t cause change, though quite some first steps to alter behaviour patterns are caused by the moment to finally see, to not close the eyes anymore – let it be on personal levels or societal scales.
Her artist’s role in society is to be in contribution, education and empowerment. But also in an open gaze for the people and topics, she encounters and depicts.

ACTIONS
In that consequence, Constanze Flamme proposes three actions to interact with the public. While she is to continue the documentary along the coasts and the lagoon of Venice. She relates to set her actions in Helsinki, Las Palmas and Venice. Via a 2-3 days storytelling workshop dealing with the coast and addressing a mixed age group she invites to (re)connect to the realm of the sea through an introduction by a scientist but also through meandering the literature of seascapes and sea-stories and introduce the flaneur as a storyteller and then let the participants go and find their stories. The outcome will be an artistic zine and individually designed personal artist books. This is not activism but evocation to reconnect. The stories can be hung publically in the streets close to the sea. The time spent together give also space to deal with the questions of coastal protections.

Another intervention would be a site-specific action tackling a local problem in the community and to invite over for a simple dinner outside and invite residents and interested people for dinner and design-thinking. Communication and exchange is again the marketplace for common ideas. This will be researched and prepared in advance, a collaboration contact in Mallorca exists.

Speaking to a broader audience through photography is aimed through the offer to support a local (environmental) organisation with a visual campaign. Sometimes the budget is lacking to consequently think about communication strategies to reach people who aren’t already in the sphere. A strong visual idea can support regional agendas. The latter two actions are considered as a response to local needs and will be developed in a dialogue and a preparation phase.

She would be happy to embark on that trip along the coasts for that topic and within communities to raise awareness, as also for herself. To keep the eyes open.