‘Nostalgia is the noblest pain’

‘Sea project’ is inspired by a wave of nostalgia for my homeland- Hong Kong since I moved to Berlin, Germany two years ago. Given the geographical location of Hong Kong, she is surrounded by deep waters. Berlin, on the contrary, is an inland city and a sea is lacking. I have been missing the sea in Hong Kong ever since I moved to Berlin. To me, seaside is a memorable place where I built relationships with significant others, chilled out and enjoyed some alone time. Life in Germany has been wonderful for me – great experiences gained, inspirations gotten and changes in life encountered. However, a sea is missing in Berlin.

Thus, I posted some seawater from Mirs Bay, Hong Kong to Germany which was then poured into the Baltic Sea, Germany. At the same time, some seawater from the Baltic Sea was as well kept in a plastic bottle. The two bottles of the seawater from Germany and Hong Kong were put next to each other in the installation. The distance between the two seas is now minimal, the limitation of distance is eliminated. Plastic bottles could be a waste to the sea but it is transferred to a medium of this artwork. They became a storage of the seawater but not a pollution and implying that human can twist the relationship between plastic waste and ocean to positive. 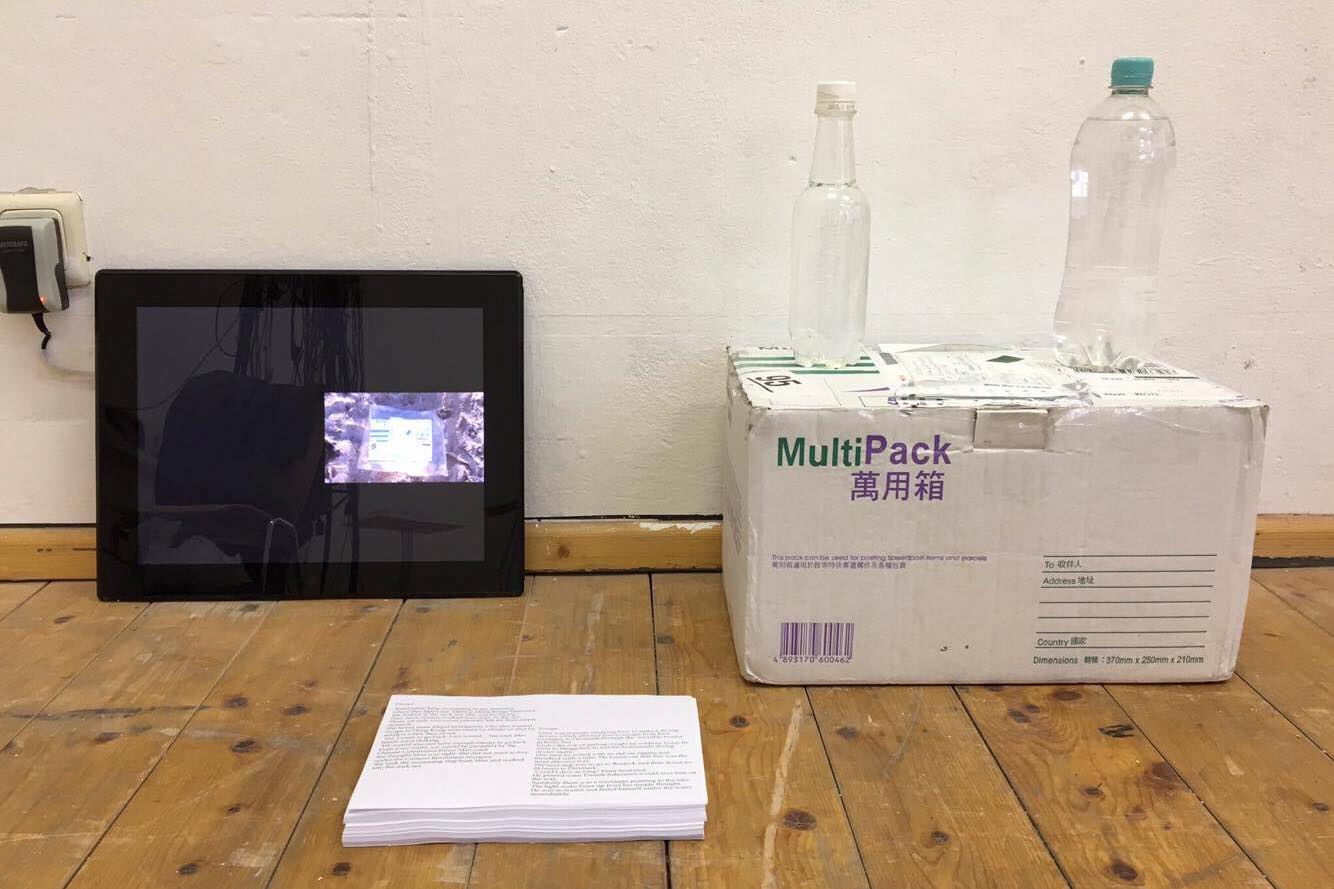 The project also covers stories of the two seas. Years ago, the Chinese escaped from the Communist Party by swimming from Mainland to Mirs Bay, Hong Kong; while Baltic Sea was where east Germans escaping from the DDR would pass by while they swam from Rostock, Germany to Denmark. The similarity between the two seas is a destiny, connecting the two of them together. The plastic bottles store not only the seawater but also the stories.

This project is still ongoing. Every sea has different stories, but yet similar. This journey of seawater collection will allow me to rethink the connection between the ocean and myself and the relationship between nature and men.