Since the industrial revolution of the 19th century, nature has become more and more weak against the artificials elements created by man. Among these inventions, plastic is one of the materials whose disintegration process is very long, with serious effects on the environment, animals and humans. But the worst affected is aquatic life. Annually, millions of tons of plastic thrown into the ocean are ingested by fish, birds or other marine organisms. All this negatively alter the quality of people’s lives.

Overwhelmed by rising consumerism and the huge quantities of materials that we throw in nature, Antoaneta Tica began to work with recycled materials: first with textiles from old clothes, then with plastic from PET and used CDs and DVDs.

White Death, the work she presents with the occasion of the Universal Sea project, is a personal reaction at the disastrous coral bleaching that happened 2016 and that has affected an important part of Great Barrier Reef. Waste and, in particular, the plastic waste, had a negative role in this. To draw attention to this, she chose to create a garment from scraps and old material, usually discarded – plastic wires, used cd-s, beads, second-hand clothes (most of them in synthetic fibres). Through various transformation techniques of this materials, she realized many decorative elements with different textures in the shape of corals, algae, jellyfish or other marine organisms. She has enriched a simple basis (which she used as second skin) with this 3D pieces, almost all in white, but with a hint of colour, reminiscent of the natural colour of corals. >Then, specifically for this work, Antoaneta Tica created from more than one hundred friends-donated CD-s, a special texture with fish-like scales, which also make reference to water due to the appearance she gives to plastic. In 2017, this costume participated to Wearable Art Mandurah, Australia, in the Oceania section, performed on stage and exhibited in other art events. 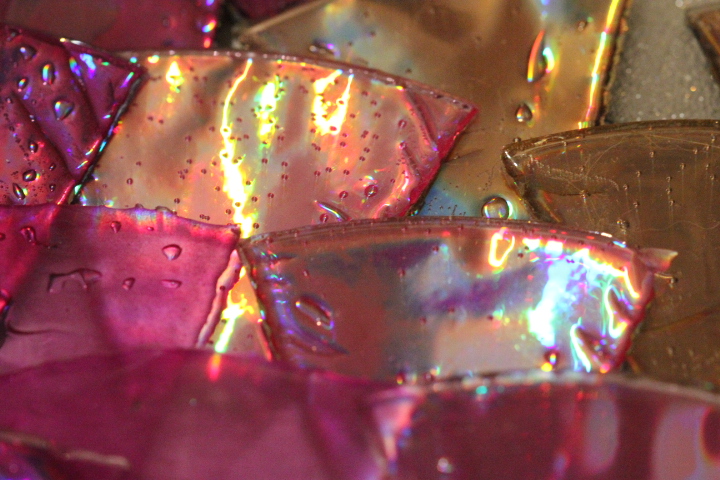 “Usually, my interest in life and movement is reflected by the subjects I choose and the colors and curves I use. Especially inspired by nature, my work reflects my own approach to life, interrogating the relationship between human being, nature and evolution through art, costume and performance. In addition, I revive these old materials, transforming them through my specific techniques that give them new meanings. This is my own method to draw attention to the dangers we create ourselves.” – Antoaneta Tica 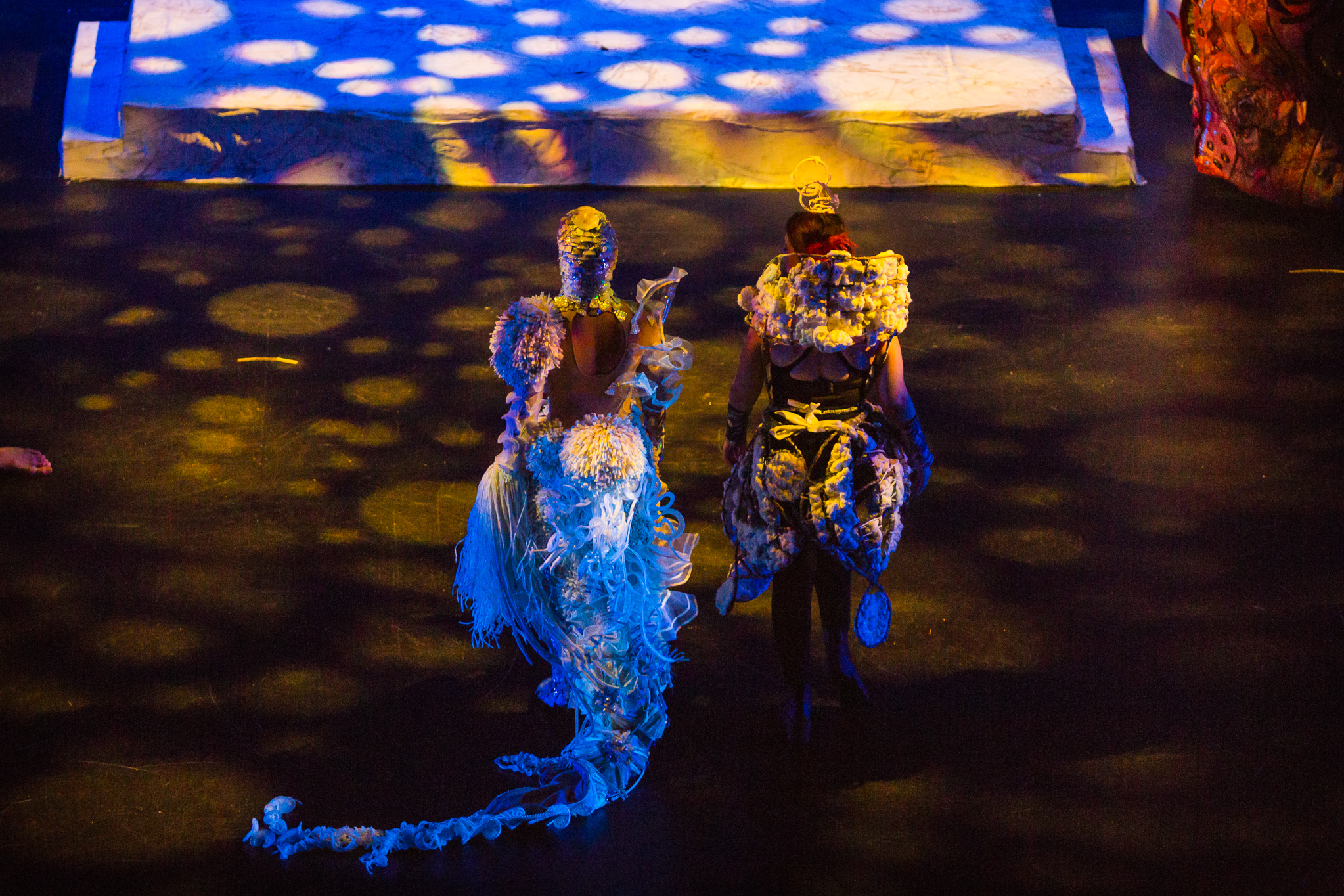 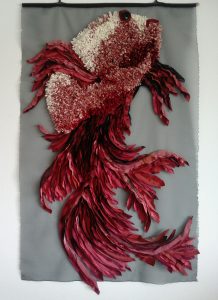 She will continue to create from recycled materials, as, for her, they are an inexhaustible source of inspiration: an interesting shape, a beautiful color, an unusual texture. However, working with discarded objects can be a challenge and she is delighted when, in the end, through the transformations she always brings to these materials, the work will be a surprise. She also believes she can sustain nature through her creations, that she can draw attention to pollution and other environmental issues. In her opinion, we need to be more and more aware about what is happening around us and also take a firm attitude towards protecting nature.

In the same direction, she thought about the three actions with the public. Her proposal is to collaborate with people asking them to donate objects they would usually throw in the garbage (plastic bottles, CDs, old clothes) and from them to create together with other works of art (wall hanging, wearable art, installation – one for every action). The concept of these works will reflect the fatidy of plastic in the oceans. 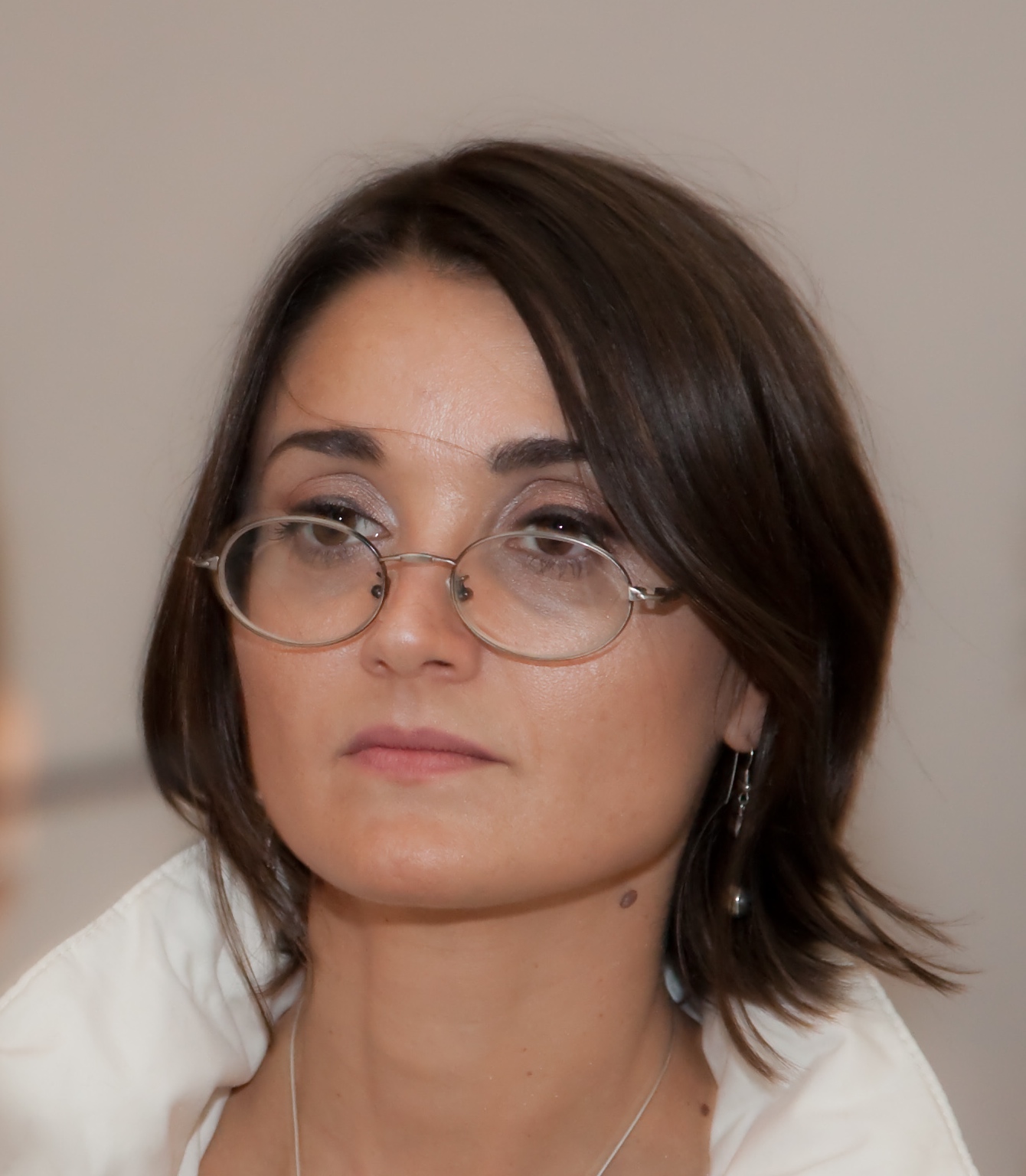 Antoaneta Tica lives in Bucharest, the city where she was born on October 19, 1970. She is a visual artist with a master’s degree in Fashion and Costume, graduated in 2011 from the Fashion Department of the National University of Arts, Bucharest, Romania. Currently, she is a lecturer in the same department and she is finishing doctoral studies with a thesis related to costume and movement.
Find Portfolio on Behance or follow her on Facebook or Instagram.