“Our beautiful oceans are in imminent danger of large-scale plastic contamination if we humans don’t act now!  If we don’t love and care for the oceans, they will lose their beauty and purity.  There are many things we can’t do much about, but minimising and eventually eradicating the deposition of plastics into our oceans is something we can and must act on now.  Our oceans which unite all continents were created and gifted to us as part of our evolutionary journey and we now have the power to preserve their beauty or destroy them depending on our collective human behaviours.” – Lorna Carmen McNeill 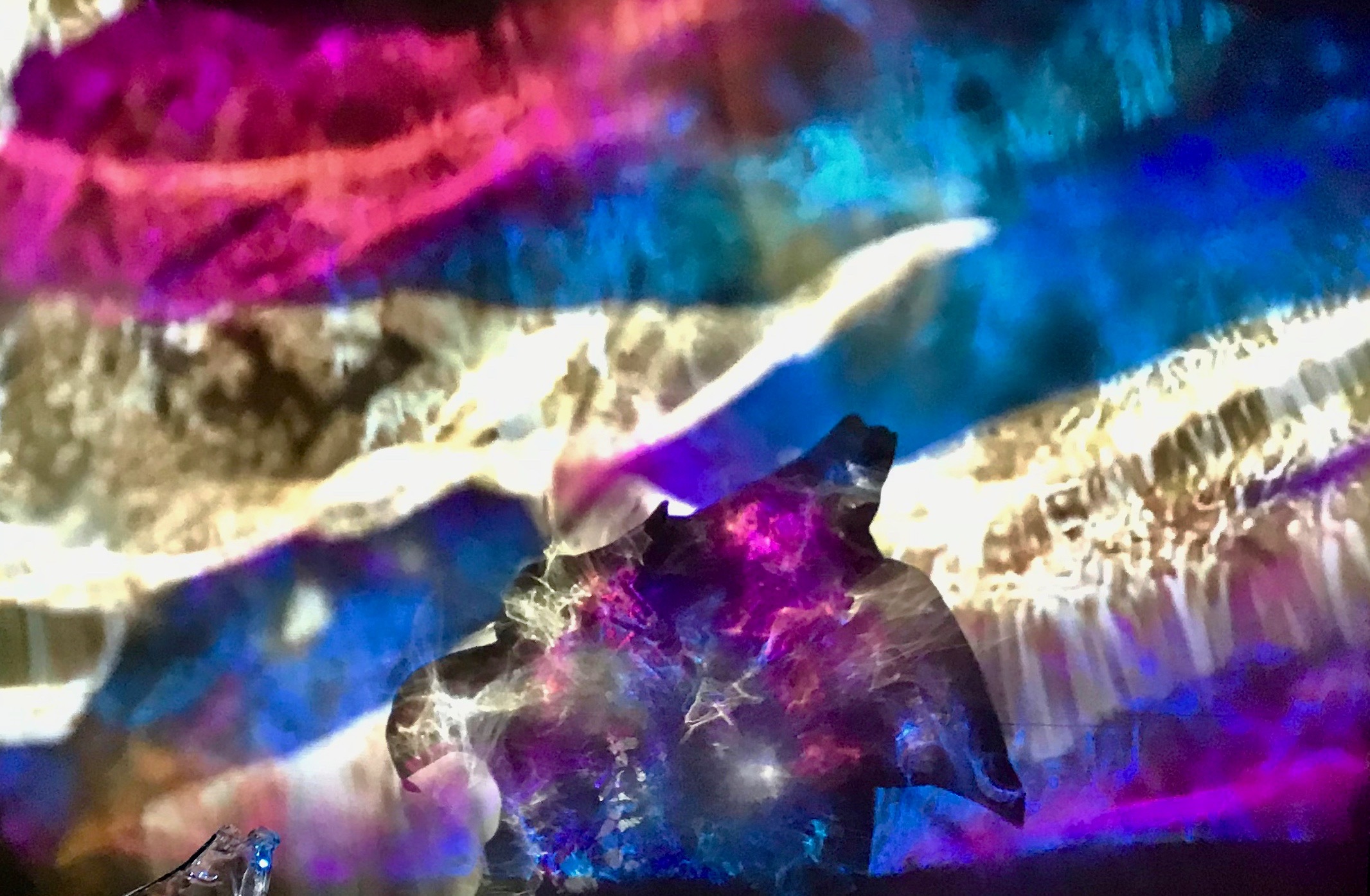 Proposal
Lorna Carmen McNeill proposes to develop her installation Unboxing Deep Time: (See HERE ) to create a film. To emphasise the emergence of beauty with the formation of the oceans from the darkness of deep time, to be at risk of plastic contamination.

The installation combines sculpture, light art, film and projection. It is an expression in response to the beauty of our oceans from their evolution to present day. It connects to Deep Time – the continuous evolving flow which unites us from primordial time to future potentials. It is a state of ongoing inspiration in the face of continuous change and unsettling times – a space in which we are not separate or isolated from each other or the earth but deeply connected.  Underlying all things, from the flaring forth of life, there is an evolving flow that calls us to sustainable action and to care for ourselves, each other, our past, our future and the planet – if only we can be still enough to realise it.

This installation consists of different forms of recycled plastic which have been heated and sculpted to project a film of our sea through to create a visual sense of beauty and inspiration. Rather than discarded into the sea, the inherently ugly plastic can appear beautiful. The aim is for the developed film to act as a springboard to explore the question as to whether we will love and care for our oceans or lose them to plastic contamination.

She is a fine artist based in the UK combining sculpture with light, digital and interactive technologies.
Carmen McNeill initially obtained a BSc Hons degree in Edinburgh to become a health professional and is deeply concerned with the health of individuals, communities and what we can do to preserve our beautiful planet.  She worked for over 20 years initially in clinical research at the Institute of Psychiatry and UCL, then as a clinician within the NHS. She originally studied Fine Art at Goldsmiths College of Art and more recently received a First at the Art Academy in London and an award for my light installations. She has received Arts Council Awards, am a tutor at the Art Academy, London and have exhibited widely including at the Barbican, Canary Wharf, KPMG, Nesta, Futurefest, Womad Music festival and e-Luminate Festival.

Lorna Carmen McNeill is committed to exploring the human creative potential and facilitating its expression to enable meaningful reflection, connectedness and well-being. She is particularly interested in the human potential for transformation and how this connects to the evolutionary processes of our Universe. Life is continuously expanding and seeking expression and this compels me to join with others to make a difference and one major area in which we can do so is to halt plastic pollution in our oceans.

Three Actions to be implemented to bring to attention on a wide scale the ‘Universal Sea – Pure or Plastic?’